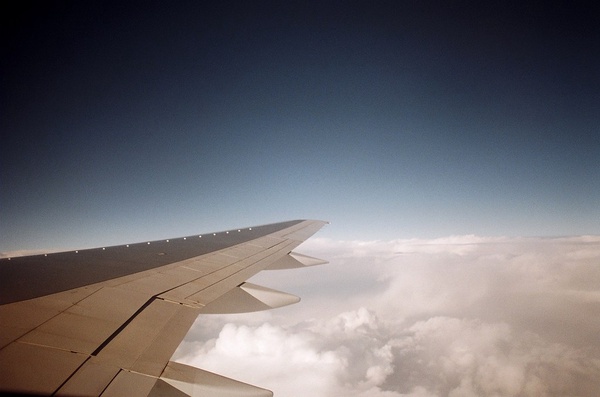 Air travel contributes roughly 2.5% of global carbon emissions, yet it is the fastest growing source of pollution within the transportation sector. According to some estimates, aviation could use as much as one quarter of the world’s remaining “carbon budget” by 2050.More than this, the short-lived non-CO2 pollutants from air travel –– such as water vapour, aerosols, and nitrogen oxides –– contribute to increased warming. Contrails, or the white cirrus cloud that sometimes trail aircrafts, form when water vapor in the atmosphere condenses onto the soot particles released by the aircraft’s engine exhaust. The contrails trap thermal radiation, and even though these clouds usually last only a few hours, their collective warming effect exceeds the impact of CO2 emitted by air travel significantly.

One possible alternative is hydrogen-electric fuel. Hydrogen is a more sustainable fuel source than the internal combustion engines that currently power aircrafts and potentially more efficient than batteries powered by clean electricity. Hydrogen fuel cells have longer life than batteries and can keep generating electricity as long as hydrogen is available.

Hydrogen can be sourced from clean power such as wind or solar – so-called “green” hydrogen – and then passed through an electrolyzer on the way to the fuel cell. The fuel cell then converts the energy stored in the charged hydrogen molecules into propulsion for the aircraft through an electrochemical reaction. These fuel cells can then be stacked to create greater power to fly larger planes.

While hydrogen is a dense fuel, it is also lightweight, so it takes up more space per unit of volume than jet fuel. To manage the density challenge, airports will need to consider innovative logistical solutions to transport and provide immediate fuel delivery to aircrafts, while being cognizant of its potentially dangerous explosive nature. Airports may be able to develop on-site hydrogen production with electrolysis plants to create a storage bank of fuel before it gets delivered to the aircraft. To completely decarbonize, the electricity needs to come from renewable, carbon-free sources.

Many in the industry believe that passengers can expect to fly on a hydrogen-fueled plane in only a few years, a travel experience that might have the added benefit of quieter flights without the smell of jet fuel.