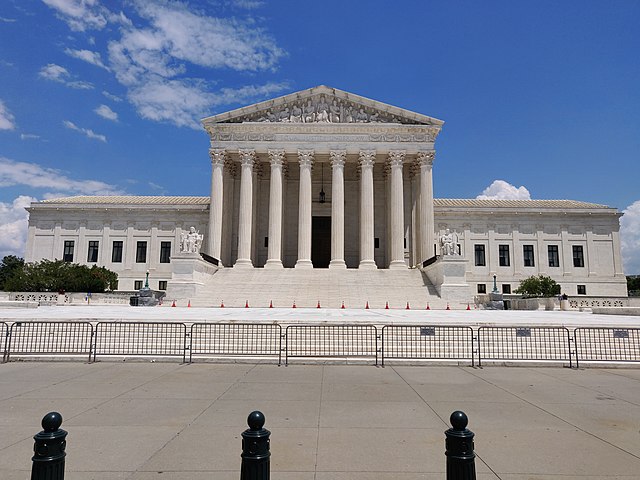 The U.S. Supreme Court issued its decision in West Virginia v. Environmental Protection Agency on June 30, 2022, determining (in a 6-3 ruling) that, without explicit congressional instruction, the EPA cannot curb emissions at existing power plants by forcing a change to renewable energy sources (as opposed to directing specific emissions reductions from the power plants themselves). Chief Justice Roberts, writing the majority, declared that mandating a switch to renewables is such a major shift that it falls under the “major questions doctrine.”  That doctrine – which is a creation of the Supreme Court – has not been fully developed, but has been presented as a limit on the power of the Executive Branch, requiring Congress to provide specific direction through legislation before the President may act.  What constitutes a “major question” and when it is to be invoked is unclear.

The West Virginia case involved a regulation from the Obama-era that called for reduction of greenhouse gas emissions from coal fired power plants, which could take the form of replacement of those plants with renewable energy. That regulation was withdrawn by the Trump administration, which issued a regulation much more limited in scope. The Biden administration then withdrew the Trump-era regulation and is working on a new regulation. So, the Obama-era regulation at issue in West Virginia was not operative, which would normally make the case moot. The Supreme Court ruled, however, that because the rule could be reinstated, the case could proceed, underscoring the majority’s strong intent to create the major question doctrine.  The doctrine is presented as a check on executive power, but also represents a potentially significant expansion of judicial power. It is the Court that apparently will decide the parameters of what constitutes a major question, when and under what circumstances it will be applied, and when the President needs explicit authorization from Congress to take action.

Though West Virginia v. EPA hinders EPA authority, it still leaves open several avenues for effective government climate action. The case does not touch on local and state government ability to regulate pollutants, and does not affect the EPA’s regulation of high-emitting sectors such as transportation. Additionally, this Court decision does not affect new power plants, only existing plants. Though it prevents the EPA from mandating renewable energy for existing power plants, the EPA can still require specific emissions reductions from individual plants. Finally, West Virginia v. EPA highlights the importance of passing effective congressional climate change legislation with explicit authority for the executive branch. West Virginia v. EPA is a further reminder that climate change cannot be fought without bold congressional action.

For a more detailed discussion, we invite you to listen to the long version of this podcast on this website, and check out the links below.

Who is Professor Dan Farber?

Dan Farber is one of the nation’s most cited and influential scholars of environmental and constitutional law, and is faculty director of the Center of Law, Energy, and Environment at Berkeley Law. After law school, he clerked for Justice John Paul Stevens of the U.S. Supreme Court, giving him an intimate look into the workings of the nation’s highest court. His most recent book is Contested Ground: How to Understand the Limits on Presidential Power (UC Press 2021). Dan Farber is the Sho Sato Professor of Law at the University of California, a member of the American Academy of Arts and Sciences and a Life Member of the American Law Institute.

The Supreme Court’s EPA Ruling Is Going to Be Very, Very Expensive – The Atlantic

Published in Climate 101, Climate and Society and Energy