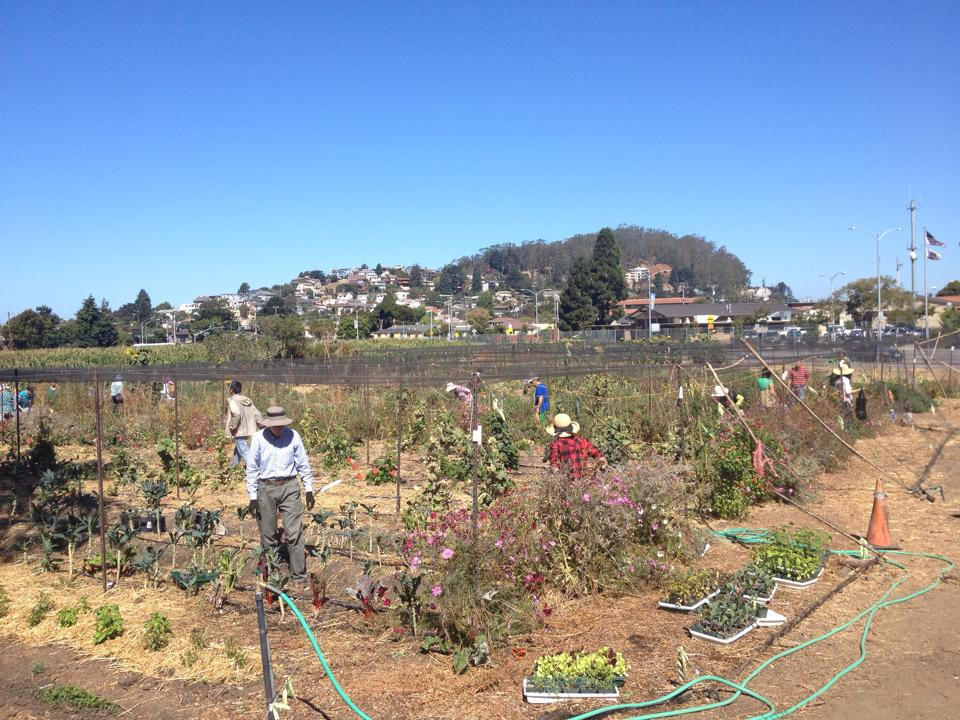 Written by Hannah Johansson and Audio Edited by Judah Marsden

Gill Tract and Occupy the Farm

The Gill Tract is a UC Berkeley owned piece of land that has been left undeveloped in the town of Albany. Like much of the East Bay, it was originally Ohlone land before it was owned by the Gill Family and then passed to the university. Over the years, chunks of the land have been taken away for development but when the university proposed converting the remaining land to commercial use around 2012, a movement sprouted to save the piece of land to be used as an urban farm. Protesters cut the chains that had been placed on the gates of the tract and sowed 15,000 seeds and plant starts. For three weeks they camped and tended to the seedlings. The movement was supported by university professors such as Miguel Altieri and Igancio Chapela and enacted in solidarity with agrarian movements of South America, such as the Landless Peasant Movement (MST) of Brazil. This movement to save the Gill Tract was coined Occupy the Farm, alluding to the 2011 Occupy Wall Street protests.

While not all of the land was saved, the university eventually relented and allocated a piece of land for urban agriculture. Today, the farm feeds volunteers and stocks local pantries and shelters, including the Berkeley Food Pantry, which serves UC Berkeley students. Their partners are Black Earth Farms, a food and racial justice organization, as well as Sogorea Te’ Land Trust, an organization dedicated to rematriating indigenenous land. Both organizations farm on Gill Tract. The Gill Tract is also a part of Berkeley Student Farms, a coalition of all the UC Berkeley affiliated gardens and farms on and around campus. Since 2012, the university has continued to chip away at the land, developing chunks for commercial use and a for-profit senior living center. Currently there is a proposal to use three acres of the remaining land for graduate student housing.

Urban Farming is one solution to agricultural emissions. Approximately 30 percent of Greenhouse Gas emissions are from agriculture and the food system, so finding ways to drastically reduce emissions is in this sector is key. Urban farms often feed local residents, which eliminates much of the emissions produced by transportation. They are also often farmed agroecologically, which is a kind of agriculture that promotes environmentally sustainable and socially just farming practices.

One of these practices is called no-till or non-till farming. In conventional agriculture, after a crop is harvested, the remains are plowed into the soil which makes the fields ready for planting again. However, this practice is harmful because it turns over the soil biota and destroys those ecosystems that keep the soil alive and healthy. It also releases carbon into the atmosphere. No-till is a way to keep the carbon in the ground and keep the soil healthy.

However this practice is not without controversy. There are some scientists who have found no significant carbon storage difference between no-till and full-till soils. But there is still research to be done, and in addition to the strong possibility of storing carbon, no till preserves soil biota, stops erosion, contributes to nutrient cycling, improves food security and helps farmers adapt to freak weather events that become increasingly common with climate change.

Where to get involved:

Learn how to start your own urban farm: