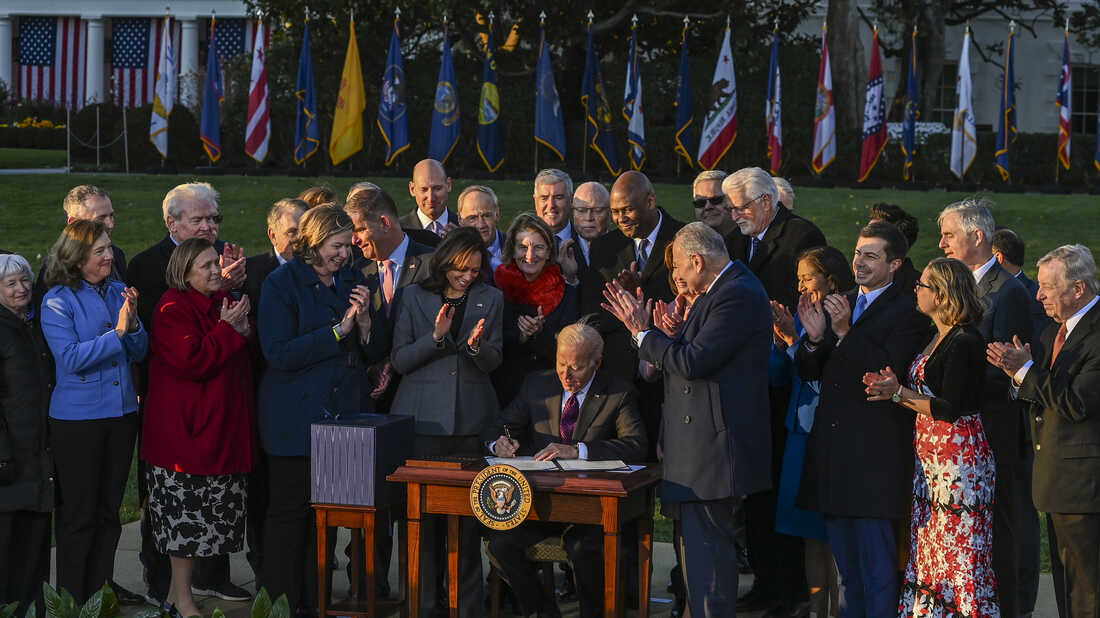 President Biden has Signed the Infrastructure Bill. What Will Happen Next?

What do you need to know about the $1.2 trillion infrastructure bill?

In November of 2021, President Biden signed into law a landmark $1.2 trillion bipartisan infrastructure bill, H.R. 3684 – Infrastructure Investment and Jobs Act, that will have significant impacts on how we address the United States’ current and future infrastructure. These infrastructure changes are combating some of the largest contributors to climate change and additionally will put in place new infrastructure that will address our changing climate future.

Here are some of the main takeaways from the bill:

While this bill provides significant investment across multiple categories of infrastructure, not surprisingly, there remain critics on all sides — some wanting more investment and some viewing it as too expensive. Some were disappointed by the lack of provisions designed to phase out coal and gas. The final version of the bill also does not include Biden’s proposed $400 million allocated to expand caregiving for disabled and elderly citizens. Additionally, provisions for workforce development were removed in the negotiation process.

What does this bill mean for California?

This bill will allocate significant funds to improve the state’s infrastructure, including:

$80 million is allocated to address wildfires and other natural disasters. This is significant for California as the West’s wildfire season becomes longer and more severe.

California is designated to receive around $9.5 billion to improve public transportation across the state. Over the next 5 years, the state is additionally expected to receive $384 million for electric vehicle charging stations and other EV infrastructure.

California’s water infrastructure is in dire need of repair.  The state is slated to receive over $3 billion for elimination of lead pipes and to conduct overall updates to improve California’s drinking water quality.

Now that this bipartisan bill has been signed into law, the next challenge will be to quickly and effectively distribute the funds. An on-going challenge will be implementing the provisions and distributing the Americans watching the bill closing will also be keeping an eye out for equity in the implementation of these provisions. And U.S. citizens will have to wait and see how this historic bill will not only help them in their day-to-day lives, but maybe more importantly, in their—and the planet’s—future.