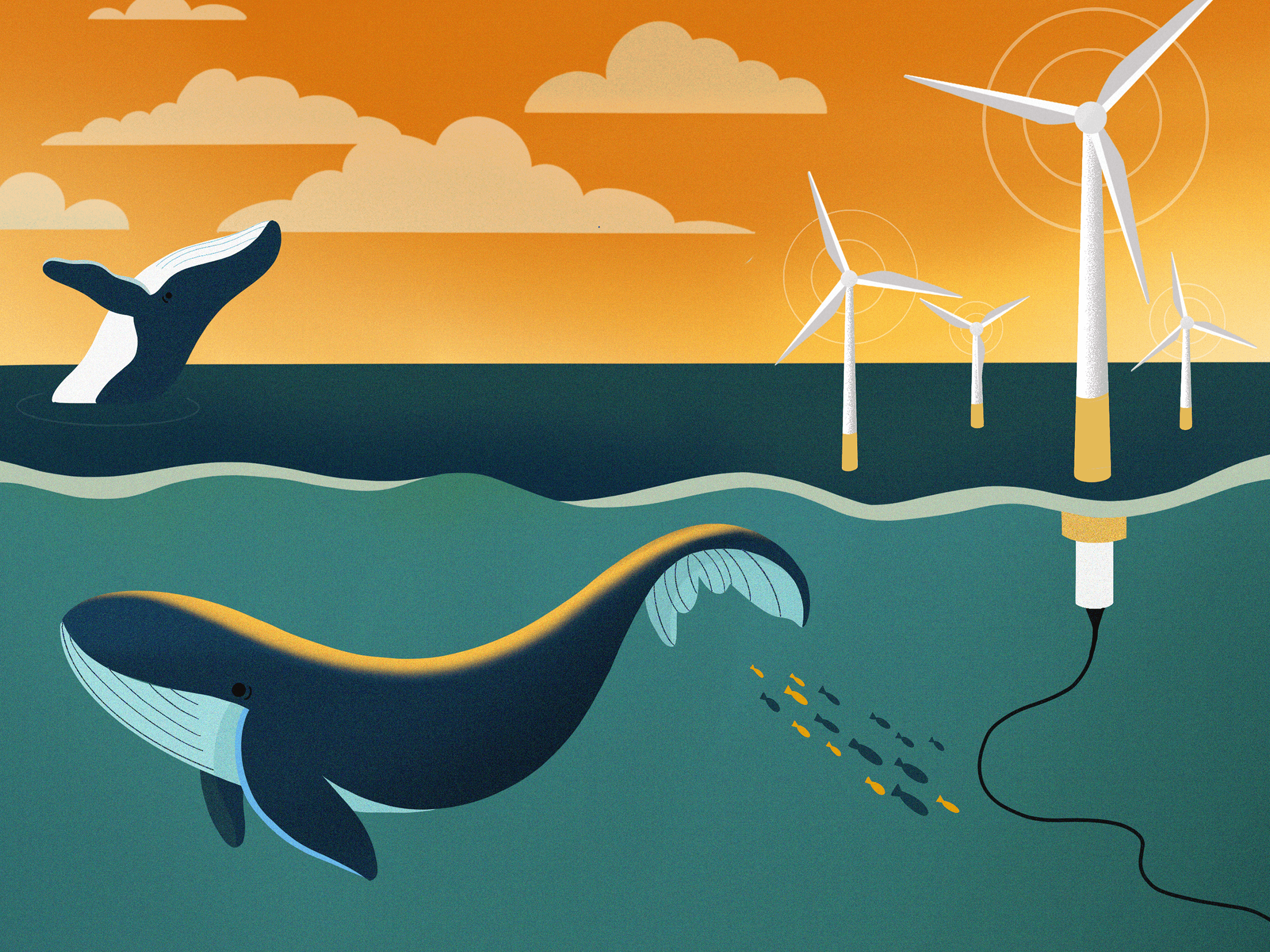 How Do Wind Turbines Work?:

Wind turbines are a method of energy conversion. They take one form of energy — kinetic energy from wind — and transform it, through a series of mechanical processes, into electricity. Wind energy is considered renewable because it occurs naturally in the world around us. Earth will never run out of wind.

When you imagine wind energy, you might picture an array of turbines towering over an expansive, flat, inland plain. But turbines can also be constructed out at sea in offshore farms. These turbines, located miles off the coast, are exposed to more powerful and consistent winds compared to onshore farms, which means they can produce far more energy. The energy generated by these turbines is transferred back to the power grid through cables running along the ocean floor.

Because forty percent of the United States population lives on a coastline, offshore wind farms can conveniently transfer renewable energy directly to consumers. Offshore wind turbines are also located far away from land, effectively avoiding disputes about land use, aesthetics and noise that sometimes hinder development of onshore turbines.

Wind is already one of the largest sources of renewable energy in the United States, providing as much as 6 percent of the country’s energy demand. Expanding offshore wind farms could vastly increase the amount of wind energy available and, by some estimates, could satisfy all electricity demand by 2040.

Still, obstacles remain. Installing and monitoring offshore wind turbines is a difficult task, and the environment on the water can be corrosive. Today, Europe and Asia are far ahead of the United States in developing offshore wind farms. In 2014, Europe was home to 82 farms across 11 countries. The U.S. installed its first offshore farm in 2016 and still has fewer than a dozen proposed projects.

The U.S. Pacific coast faces the unique problem of water depth. As opposed to the waters on the Atlantic coast or around Europe, the continental shelf in the Pacific is too deep to bolt wind turbines directly to the ocean floor. As a result, turbines off the coast of California must float. But the technology that will allow for the development of commercial floating wind farms is still in early stages of development and will be costly. Further complications to overcome in California seas include concerns over jurisdiction and marine life and conflicts with military operations off of the coast.