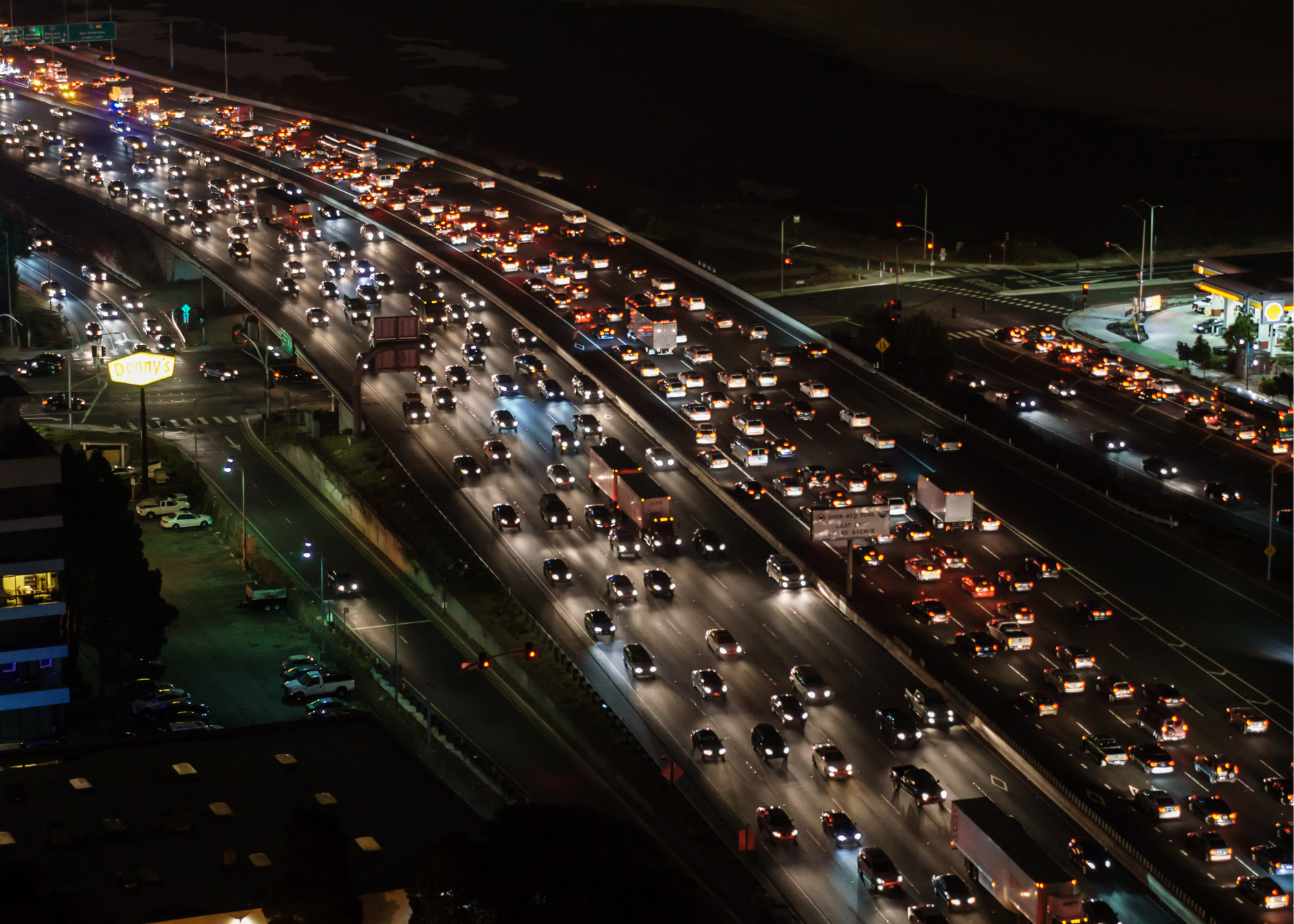 West Oakland experiences the highest level of diesel particulate matter — a toxic air contaminant and form of powerful, short-lived climate pollutant– of any community in the San Francisco Bay Area. Heavy truck traffic to the Port of Oakland, pollution from the Port and from the surrounding freeways along with decades of disinvestment resulted in this concentration of air pollution. Coupled with emissions from neighboring industry and activity, these pollutants have contributed to worsening climate change and generated higher rates of asthma, cardiovascular disease, premature death and other adverse health effects for the West Oakland community.

Diesel particulate matter in the form of black carbon poses a particular health threat to both residents and the climate. The sooty black material comprises a significant portion of the particulate matter in the neighborhood and is a short-lived climate pollutant (SLCP). While they have a shorter atmospheric lifetime than carbon dioxide, SLCPs—like black carbon, methane, troposopherhic ozone, and hydrofluorocarbons—warm the Earth faster. These SLCPs account for 40 to 45 percent of global warming to date.

Ms. Margaret Gordon founded the West Oakland Environmental Indicators Project (WOEIP) in 1999 to tackle air pollution in her neighborhood. WOEIP seeks to reduce both indoor and outdoor air pollution through research, data collection, organizing and political advocacy. This community-based environmental justice organization empowers residents by inviting them to participate in neighborhood planning and local activism. WOEIP’s model has already proven successful: its research and advocacy efforts have inspired legislative and regulatory policy reform in Oakland and the State of California.

Currently WOEIP is developing an action plan with the City of Oakland under AB-617, a law which grants disproportionately impacted communities the power to work with the Bay Area Air Quality Management District to establish a program for emission reduction. Together, they formed a community-based Steering Committee that established an implementation plan called Owning Our Air: The West Oakland Community Action Plan. Through this plan, they seek to improve air quality and community health by addressing the specific pollutants of fine particulate matter, toxic air contaminants and diesel particulate matter. It identifies local sources of pollution such as certain types of shipping trucks, cargo-handling equipment, surface streets, and freeways and targets greenhouse gas emissions along the way.

The plan provides a blueprint to disperse and reduce black carbon from diesel pollution. Black carbon only lasts a few days to weeks in the atmosphere, but due to its black color, it strongly absorbs sunlight and traps heat, making it one of the most potent SLCP. Inhalation of diesel particulate is also strongly linked to respiratory illnesses and cardiovascular disease, cancer, and birth defects.

Thanks to WOEIP’s decades-long documentation of diesel pollution in West Oakland, the plan incorporates emissions-reduction targets that reduce black carbon concentrations. Their goal is to improve air quality exposure so that all neighborhoods maintain or achieve the same exposure conditions as today’s average West Oakland neighborhood by 2025 and meet the exposure conditions of today’s least polluted West Oakland neighborhood by 2030. These tight target deadlines could not have been imposed and earlier targets could not have been met without WOEIP’s decades-long organizing and advocacy efforts which strengthened community bonds and resilience.

Importantly, WOEIP utilized their wealth of community contacts and extensive outreach to local residents and businesses to increase the diversity of community representation on the Steering Committee. After inviting various actors to participate in the decision-making process and Action Plan meetings, a diverse coalition of residents, government agency representatives, public health workers, community organizers, entrepreneurs and local business representatives now forms the Steering Committee. As a result, the plan is a community-led effort and not dictated by the Air District. It looks like Ms. Margaret Gordon’s and WOEIP’s dedication to their neighborhood’s longevity, health and success is finally paying off.