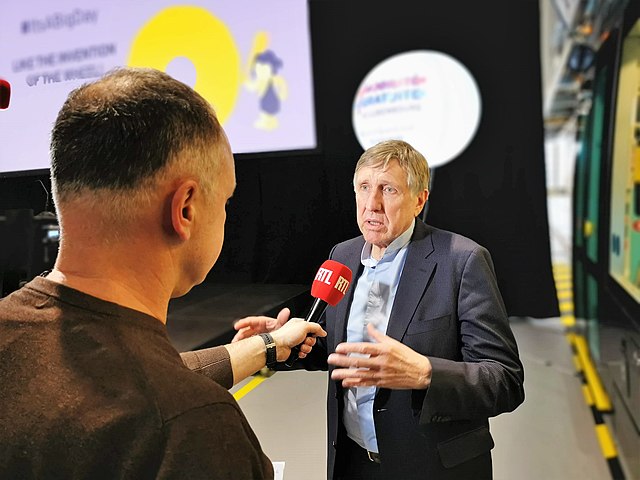 Luxembourg is a tiny country in Western Europe wedged between Belgium, France, and Germany. It has one of the highest vehicle densities in the EU, with nine out of ten people relying on personal vehicles. The country is currently facing rapid population growth, stressing its mobility infrastructure and complicating efforts to meet emission goals in line with the European Green New Deal. Luxembourg’s green mobility goals include increasing the number of EVs on the road, expanding public transit, and decarbonizing air travel.

Luxembourg is taking a more European-style top-down approach to its electric vehicle problem. The government is first creating a market for electric vehicles through subsidizing EV purchases and financing charging networks. Free market action follows government subsidies, accelerating the development of more affordable and desirable EVs. The United States recently moved in this direction with the passage of the Inflation Reduction Act, though the federal government still lags far behind most European governments on climate action.

Key to Luxembourg’s approach to green mobility is reducing the large number of cars on its roads. Since 2020, public transit has been completely free in Luxembourg. This has had mixed results; the Covid-19 pandemic discouraged public transport riding. Luxembourg has also developed an app/GPS service integrating different transit options onto one platform and allowing for easy comparison of different mobility options.

Luxembourg invests in green aviation, holding shares in Norsk e-Fuel– a Norwegian industry consortium focused on the production of what is known as SAF (Sustainable Aviation Fuel). Eventually, Luxembourg envisions planes running purely on green hydrogen, but this is a dream that will likely take years to come true. For now, “synthetic aviation fuel”, which uses captured carbon along with green hydrogen, is a low-carbon solution. Luxembourg is working with its Norwegian partners to build a green-hydrogen factory, necessary for any kind of SAF.

Who is Minister François Bausch?

Minister Bausch is the Second Deputy Prime Minister of Luxembourg and Minister of Mobility and Public Works. He is the leader of the Green Party in Luxembourg. Prior to his political career, Minister Bausch was an officer with Luxembourg National Railways, and has seen the rapid expansion of railway transport throughout his tenure in government.

Sustainability Journal – Characterizing the Theory of Energy Transition in Luxembourg

Minister Bausch: If you want to decarbonize mobility, you must, uh, not only replace, for example, an atomic car by an electric car, but also change the mobility system in its total.

Ethan: I’m Ethan Elkind, and this is Climate Break. Francois Bausch [Fran-Swa BAO-sh] is the deputy Prime Minister of Luxembourg, as well as its Minister of Mobility. He says that government support for electric cars is key to the transition away from gas-powered vehicles.

Minister Bausch: The public sector must really give the first push, must create in fact the market first, and then you can let develop the market by itself. The mobile phone sector in Europe, that was the same situation. The first mobile phone networks had been built mainly by the public postal services. But now you have four different private companies that also have a network in the country.

Ethan: Luxembourg is taking a similar approach to the electric vehicle market, financing both car purchases and a network of electric charging stations throughout the country.

Minister Bausch: For example, if you buy a car in Luxembourg at the moment which is under 18 kilowatt performance, then you can have 8,000 Euro of subsidies

Minister Bausch: Now at the moment, it’s not linked, uh, to an income. So even a rich guy, if you buy this car can have the subsidy. We wanted to really give a big push at the market at the beginning now, znd for this reason, we did not introduce social barriers, for example , regarding the income, but that we will do surely in the future. Because then the market will play its role by offering more affordable electric cars also.

Ethan: To learn more about Luxembourg’s approach to decarbonising mobility, go to climatebreak.org.