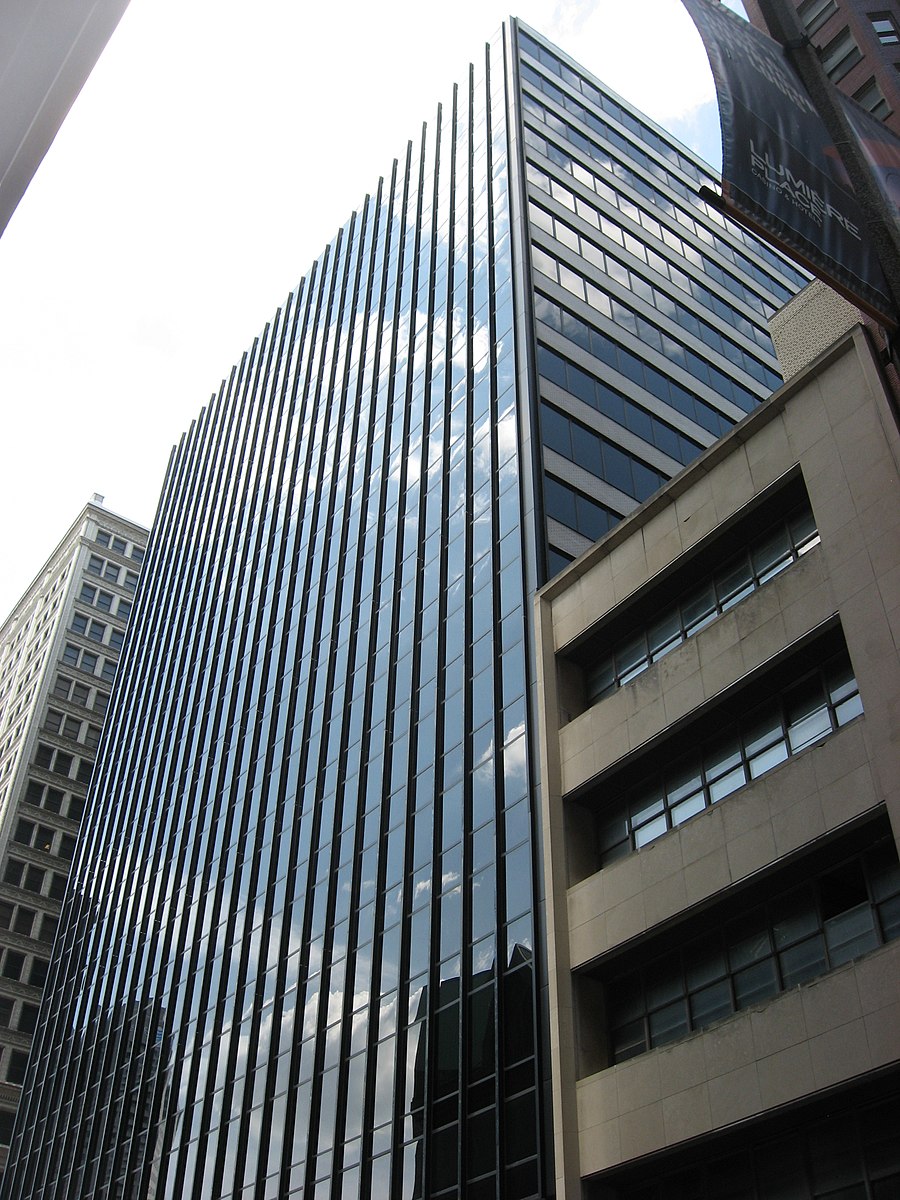 Could Windows Be A Source of Solar Power? with Professor Stephen Forrest

Image: The executive office building in St Louis, Missouri. Many city buildings are covered in window space, but Professor Forrest says that this offers an opportunity to capture more renewable energy for the grid.

What are solar windows?

Solar windows, also known as building-integrated photovoltaics (BIPV), are windows that generate electricity from sunlight.  They are typically made with thin, transparent layers of photovoltaic material that can capture and convert solar energy into electricity while still allowing light to pass through, so as to avoid sacrificing visibility.  Solar windows are an emerging alternative to traditional solar panels in buildings and homes that can be seamlessly integrated into the design of the building and do not take up additional space.

Conventional solar panels use silicon semiconductors, which absorb energy from both visible and invisible wavelengths of light.  However, solar windows need to allow visible light to pass through, so they use organic semiconductors instead. Organic semiconductors contain a large amount of carbon in their molecules and have narrow spectral absorption bands, meaning they only absorb wavelengths of light that are invisible to the human eye. This allows visible light to pass through the window while still generating electricity from sunlight.  Solar windows are an emerging technology; scientists are actively researching and developing new types of solar windows, such as transparent coatings, customizable smart windows, and switchable windows.

Solar windows have the potential to make a significant contribution to renewable energy generation and the transition to a low-carbon economy.  By harnessing the power of sunlight, they can generate electricity for homes, buildings, and other structures, reducing reliance on fossil fuels and decreasing greenhouse gas emissions.  These windows may be particularly useful in buildings with large window areas or limited roof space for traditional solar panels, providing an alternative, or additional, way to generate electricity from renewable sources.

Who is Professor Stephen Forrest?

Stephen Forrest, an engineering professor at the University of Michigan, is the co-author of two recent studies related to solar windows. The first study examines the costs associated with building and installing solar windows, while the second study focuses on a process for manufacturing large and efficient solar windows. As an expert in the field, Professor Forrest has valuable insights into the potential and challenges of solar windows as a renewable energy source.

Ethan: I’m Ethan Elkind, and you’re listening to Climate Break. Climate solutions in a hurry. Today’s proposal: Could windows be used to generate solar power for the grid without sacrificing visibility? Steve Forrest, a University of Michigan engineering professor, explains.

Prof. Steve Forrest: There’s a lot of surface area of a building that’s covered by windows, and right now it’s doing nothing except creating window space. Why not use that also to generate power and move us toward carbon neutral buildings?

Ethan: Conventional solar panels use silicon semiconductors, which absorb energy from both visible and invisible wavelengths of light. But because windows need to let visible light through, they would require a different approach to generate electricity.

Prof. Steve Forrest: We replace silicon with organic semiconductors, consisting of a large amount of carbon in the molecules. Because of their different molecular structures, they have fairly narrow spectral absorption bands.

Ethan: These semiconductors allow visible light to pass and instead absorb longer wavelengths invisible to the human eye.

Prof. Steve Forrest: We don’t see in the infrared. That’s the longer wavelengths that actually do generate an awful lot of heat, and solar powered windows  can absorb quite effectively there,  and generate electricity and just some in the visible and add that electricity to it as well. So overall, you can still have all the attractiveness and features of a window, but also one that generates power for your house.

Ethan: To learn more about the challenges and opportunities of solar windows, visit climatebreak.org.