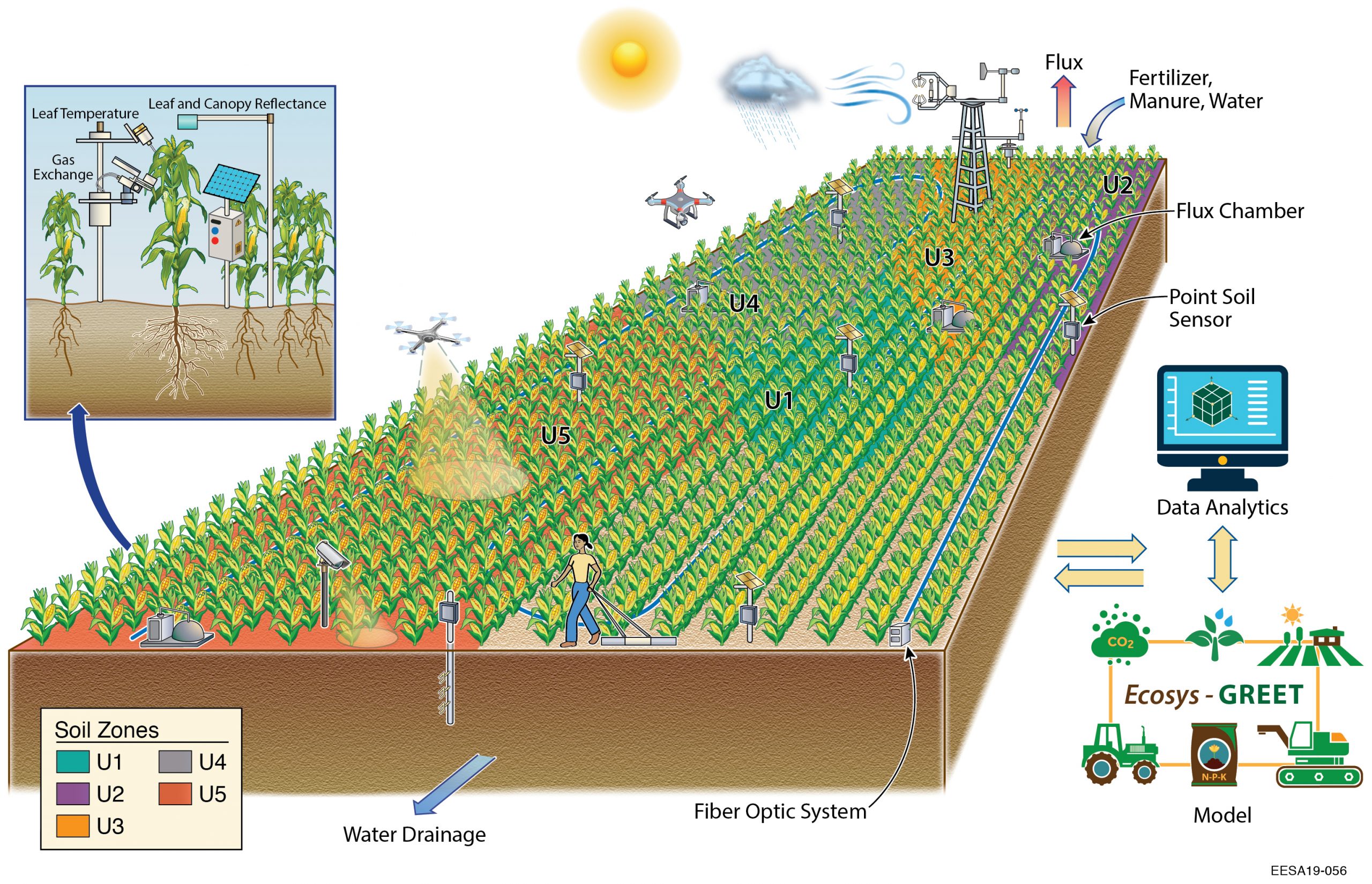 Bioenergy is a form of energy produced through the conversion of biomass. Biomass is living organic matter that contains chemical energy captured during photosynthesis. When burned, biomass releases energy in the form of heat, which can be used to heat buildings or generate electricity. Alternatively, biomass can be converted into fuel or gas to be burned for energy at a later time.

Common bioenergy feedstocks include organic residues from agriculture and forestry, food waste, municipal waste and energy crops. Energy crops, such as corn, sugar cane or switchgrass, are plants grown solely for the production of bioenergy. These crops often require less water and fewer resources than food crops and are thus seen as more sustainable. They can be fermented to create bioethanol, a type of fuel, or simply burned to generate energy. Trees and other wood products are also common feedstocks and are sometimes grown in “energy forests” specifically for bioenergy production.

How Can Bioenergy Become More Sustainable?

Today, bioenergy is considered by some to be carbon-neutral. When living, biomass draws down and stores carbon dioxide. Then, when biomass is burned, carbon dioxide is released as emissions, returning back to the air much of the carbon that was absorbed. Carbon-neutral energy is certainly an improvement compared to fossil fuels, but is bioenergy really carbon-neutral? And can it become carbon-negative?

If not produced responsibly, energy crops and other feedstocks can generate significant emissions that increase the overall impact of bioenergy. But if fertilizer, machinery and conversion processes on farms are employed optimally in a way that maintains crop productivity and minimizes waste, bioenergy could become less carbon-intensive. The amount of carbon that energy crops sequester depends on the carbon content of soil, so picking locations with low-carbon soil could augment carbon sequestration.

Biomass has the potential to be a source of renewable energy, but some are concerned that biomass and bioenergy can have negative impacts. Wood is a significant source of biomass, and with over 140 million dead trees in the Sierra Nevada mountains resulting from years of drought, many see it as a long term solution. But others argue that sourcing biomass from forests will ultimately create pressure to harvest trees for fuel, undermining the forest and biodiversity and increasing emissions. Finding the right balance will be part of the challenge.

More about Yuxin Wo