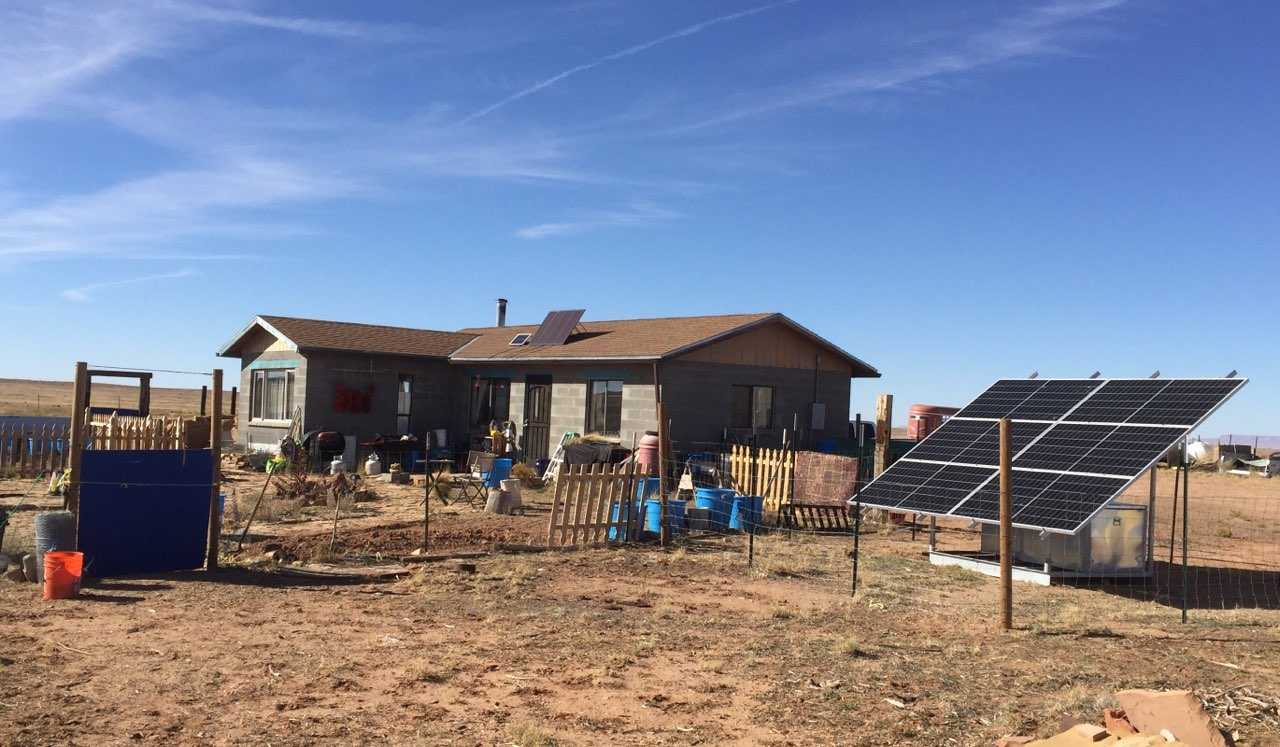 Indigenized Energy Initiative (IEI) is a native-led non-profit and Earth Island Institute-sponsored project that is developing solar infrastructure within tribal communities. Native communities disproportionately lack access and pay higher costs for utilities, especially electricity, which significantly impacts access and opportunities for remote work, education, and more. In 2014, the U.S. Energy Information Administration reported that 14% of native households lack access to electricity, which is ten times the national average. IEI is working to increase indigenous energy ownership and access to help address the social, economic, and environmental injustices that burden native communities. IEI’s focus is on building energy independence as a way to support indigenous communities and eradicate energy poverty.

IEI is currently working within the Northern Cheyenne Reservation community in Montana to guide the reservation’s $4.1 million solar initiative. IEI’s first project was Muddy Hill Microgrid which was a small solar system to support a multi-use community center, fire station, and water filtration system on the reservation. The project was built by tribal members who received solar training through IEI. In 2021, IEI worked on a residential project for elders in the Standing Rock Reservation. Another project IEI is currently working on is the White River Community solar project which is developing residential solar for specific tribal elders and commercial solar for several schools. The Department of Energy is providing $3.2 million of funding for the project and the reservation, and IEI must match twenty percent of this funding.

Chéri Smith is the founder and CEO of the IEI. Smith is the descendent of the Mi’kmaq tribe of Maine/Canadian maritime and her mission is to use her expertise in climate change and economics to educate, build solar capacity and bring independence to indigenous communities. Smith has two decades of experience in energy and environmental sustainability in multiple sectors from the public, private, NGOs, higher education, consulting, and tribal communities. Before IEI, Smith worked as a coordinator at Tesla-SolarCity, Director of Education and Outreach at the American Council on Renewable Energy, she served as an advisory board member for Masters in Renewable Energy program at Pennsylvania State University, worked as an advisor at the Yale School of Business and the Environment, and worked on Core Education Advisory Committee for SEIA’s Solar Power International. Additionally, Smith founded and was the Executive Director of the nonprofit Solar Campus Initiative and there worked as Climate Leader trained by Al Gore. Smith also was awarded the Cordes Fellowship for recognition for developing solar projects for native communities. Through her work at IEI, Smith works to honor her native heritage and use energy knowledge to make native communities more resilient, independent, and sustainable sovereignties.

Chéri Smith: Some of these folks have electric bills out in the planes that are 800, $900 a month, when you introduce solar and the savings of solar to a home that is already stricken with poverty,  the money that is saved, it’s going to buy clothing and shoes and medicine and,  food,

Ethan: I’m Ethan Elkind, and you’re listening to Climate Break. Native Americans living on reservations often face higher electricity costs and worse service, leading to what’s known as energy poverty. Could tribal-owned solar grids be the solution? Cheri Smith is co-Founder the Indigenized Energy Initiative, which helps tribes develop solar power grids on reservations. She says that when tribes gain access to solar on their own terms, it has transformational effects.

Chéri Smith: how can a nation be sovereign? when energy poverty keeps you dependent. Our goal is for any tribe that wants it, to support them in their self-determined efforts to achieve a state where they are no longer reliant on outsiders for their natural resources.

Chéri Smith: It includes residential, small commercial and a small utility scale system built by native people for native people. The benefits are shared between the homeowners, and the host entities, and the tribe. They are contributing half of those savings back into a revolving fund, which helps the tribe pay for more solar.

Ethan: To learn more about the Indigenized Energy Initiative and how renewable energy can support tribes’ energy sovereignty, visit climatebreak.org.

Published in Climate and Society and Energy